It is perhaps impossible to predict all of the possible failures and/or catastrophic events when it comes to data in the modern world. Each and every business should do their best to protect against losing their data, which, if a significant amount was lost, would likely mean either starting from scratch or even suffering fatal damage to the company. To prevent such catastrophic events, there are specific systems that exist; called enterprise backup systems.

Enterprise backup on its own can be easily defined as a regular backup but with bigger scope (working with a large business, most of the time). An example of an enterprise backup system often utilizes the capabilities of both software and hardware appliances to transfer data from the primary storage to the backup location/device.

In the most rudimentary terms, the hardware is represented by the equipment that is used to store the company’s backups. Some popular examples of the hardware for enterprise backups are hard disk drives, tape drives, server networks, and so on. The software, on the other hand, is a program that manages the data transportation process from start to finish.

Due to the fact that the enterprise backup technology is also evolving with the same explosive speed as the majority of technologies in general nowadays, it’s not uncommon for enterprises to use entire data centers as their data storage/data transfer appliances. Picking up the correct enterprise backup system, both in hardware and software departments, is crucial for any company’s safety.

The main reason for an increased interest in various data backup methods is the exponential growth of the amount of data that a typical company is working with on a daily basis. That’s why a robust network infrastructure is also essential for your data backup efforts to be reliable, since transferring petabytes of data on a daily basis could paralyze some smaller infrastructures completely.

There is also the matter of a worst-case scenario, in which your primary data storage location gets completely wiped out. If there’s no secondary backup in place, then you simply lost all the data. This cannot be allowed to happen, and is what contingency plans are created for.
Having a dedicated enterprise backup strategy is necessary to correctly manage your backups as a whole and fully exploit security that the backup and recovery system can give to your company.

While some may be reluctant to use resources at first, it’s important to remember that although there may be a cost for an enterprise backup strategy to be implemented – the price for rebuilding your entire business from scratch when you’ve lost all of your data and do not have any backups in place is typically far, far higher than that.

This is just an example of what can be considered a part of the backup strategy. All of the more specific choices and features should be mentioned here, too – including backup types, backup-specific features,

You should consider at least several different options and backup solution providers when figuring out your enterprise backup strategy. There are also several industry-specific terms that you have to keep in mind, and multiple different backup types to be aware of. Let’s go through all of this, one topic at a time.

There are three major backup types or ‘levels’ – Full backup, Differential backup and Incremental backup. A Full backup would be the easiest one to describe – each time it is launched, it creates a full copy of all your current data, with no limitations. It is the most time-consuming backup of the three, and the most storage-dependent in the short term.

To solve the drawbacks of the Full backup, several other backup levels were created. A differential backup is one; that aims to save storage space by only backing up everything that changed since the last full backup.

The good news that you only need one last differential backup and one full backup to restore your entire system. The bad news is that it’s a problematic tactic in the long term since multiple differential backups often have a lot of data duplicates that do nothing but take storage space.

It is far more space-efficient than other types, but it does have a prerequisite of you having all of the incremental backups and a full one to completely restore all of your files, which may be problematic if the time periods between your full backups are long.

Snapshot as a term can actually mean several different things depending on the industry, and it is used quite widely when it comes to data protection as a whole. If we’re talking about snapshots as a concept – it is a type of backup that saves the entire state of your system at a given moment.

This is where the analogy for the name “snapshot” comes from, too. In backups, two of the most common use cases for a snapshot would be cloud backups and virtual machine backups. There are a number of different technologies that can be used to restore the state of your system back to exactly how it looked at the point of the snapshot commencing, down to the still-open files and documents, but the method of realization may vary.

The comparison here might be obvious, but it’s still important to go over it – at the very least because cloud is still sometimes perceived as something new and not fit for enterprise-level backups.

On-premise backups have been around for far longer than cloud backups, and stayed fairly simplistic and lackluster for a while. Advantageously, the overall technological progress also led to on-premise backups becoming much more efficient and developing too, including improved integrations with virtualization, more backup levels, improved deduplication technology, etc.

With the rise of hybrid backup, the line between on-premise and cloud backups has become increasingly blurred for quite a few years now, but the differences between the two are still there and continue to be relatively prominent.

One of the biggest misconceptions about cloud backup as a whole is that it is impervious to many of the problems related to data protection that companies face with on-premise solutions on a regular basis. Unfortunately, that is not the case at all. While yes, cloud backups are extremely resilient to most of the “traditional” availability problems with backups, including connectivity, hardware, maintenance, etc., that doesn’t mean the data in question cannot be wrongly accessed or lost in some way.

Generally speaking, cloud solutions are still not as well understood by most organizations as on-premise ones, which can lead to a lot of miscommunication and expectation issues down the road. Here are some of the features that an enterprise-level cloud backup solution should have in order for your data to be safe with them:

Cloud backups as a whole have quickly become a likely key part of a company’s enterprise backup strategy, due to advantages in a number of different aspects (price, convenience, etc.). Cloud backups are also the reason why hybrid backups even exist, and as popular as they are now.

Versioning is not a particularly popular feature – despite its efficiency in a number of different ways. While the backups themselves are used to restore large parts of your system to how it was at a specific point in time, versioning is a feature that allows you to restore singular files to their previous versions – pulled right from your stored backups.

This feature can help with canceling unwanted changes, and it can even act as a disaster recovery feature, surprisingly enough – only in specific cases when only one or several of your files were encrypted or damaged by an incident. Additionally, versioning can be used to counteract malicious additions to a specific file that were discovered only after another backup was created – since effective versioning implies several copies of files existing at multiple points in time.

Since we Are discussing quite a few of the more elaborate technologies that can be implemented in your enterprise backup strategy, it is time to also go over some of the more common mistakes that can be made when planning backups en masse for your company. Most of these may sound obvious enough, but just one of these mistakes can turn your efforts to protect your organization via a comprehensive backup strategy into dust. Here are some of the most common backup mistakes that can easily be made:

We’ll be going through these points in more detail later, since most of these are considered best practices when it comes to enterprise backup strategy as a whole.

Designing your own enterprise backup strategy is not an easy task in itself, and it requires significant knowledge on a number of topics, as well as the inclusion of many different possibilities and potential outcomes. However, this article should serve as a baseline to help you to create your own backup strategy.

If you are looking for a comprehensive, flexibly enterprise backup solution to work with your backup strategy, you may want to consider trying Bacula Enterprise – a multifunctional backup solution that offers a variety of features and functions, including the factors mentioned in this article.

The support for a complete range of VMs, containers, databases and storage destinations is provided via plugins and modules, making Bacula especially modular, low cost and scalable – often important factors when requiring a wide range of capabilities and technology coverage within one single platform.

Rob Morrison is the marketing director at Bacula Systems. He started his IT marketing career with Silicon Graphics in Switzerland, performing strongly in various marketing management roles for almost 10 years. In the next 10 years Rob also held various marketing management positions in JBoss, Red Hat and Pentaho ensuring market share growth for these well-known companies. He is a graduate of Plymouth University and holds an Honours Digital Media and Communications degree, and completed an Overseas Studies Program.
Related posts
Backup Virtual Machines with Bacula - Technical Overview. VM Backup Overview.
What is Enterprise Cloud Backup? Enterprise Cloud Backup Solutions
AWS backup software solutions. S3 backup software solutions.
How to Choose the Best Enterprise Backup Software in 2023? Best Enterprise Backup Solutions and Tools.
How to backup SAP HANA natively? SAP HANA backup with Bacula Enterprise
How to Backup SQL Server? SQL Server Backup Software Tools & Solutions.
Leave a comment Cancel reply
You may also be interested in:
virtual machine backup tools
vmware backup solution
SAP disaster recovery plan
We value your privacy
We use cookies to enhance your browsing experience, serve personalized ads or content, and analyze our traffic. If you continue to use this site, you consent to our use of cookies and privacy policy.
How to Create an Enterprise Backup Strategy? Best Practices and Guide Enterprise backups are quite an important topic, as each and every company’s most important asset - after its employees - is its data. Losing it, or the corruption of parts of it may be disastrous for the well-being of the company in question. This is where an enterprise backup strategy comes in, encompassing multiple aspects that ensure your data is safe and sound. Rob Morrison Rob Morrison Bacula Systems Plymouth University Honours, Digital Media and Communications Director of marketing https://www.baculasystems.com/author/rob_morrison/ 2020-11-27 2020-11-27
Bacula Systems
Avenue des Sciences 11, CH-1400 Yverdon-les-Bains, Switzerland
+41 21 641 6080 https://www.baculasystems.com 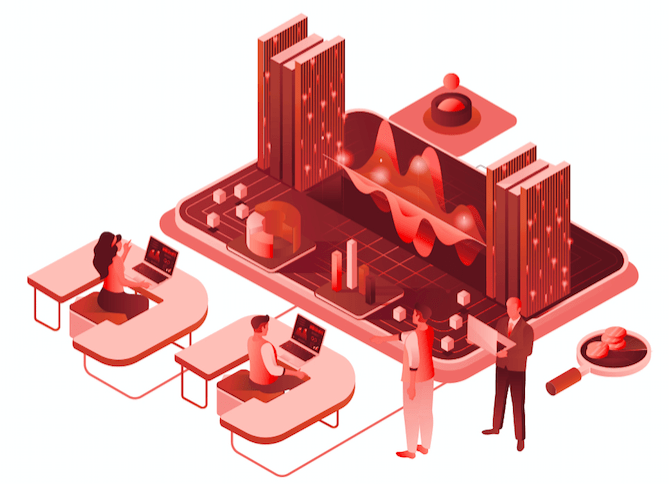