Bacula Enterprise Windows Server backup software backs up your data automatically with an impressive combination of ease and functionality. How? Because Bacula Enterprise’s file and storage daemons both run on Windows. Not only that, but Bacula Systems’ set of advanced backup utilities means you are able to precisely backup vast amounts of specific Windows-based data at a fraction of competitors costs. (note: a Linux or Unix server is needed for Bacula Director). With this backup solution you are able to quickly, effectively backup and recover Windows Server 2003, 2008, 2012, 2016  and 2019 editions.

Ransomware Prevention & Response Checklist
The checklist to help IT professionals to protect against ransomware.

With Bacula Enterprise Windows Server backup tools you get:

Windows Server backups are executed completely taking into account the requirements of the business (RTO and RPO) and are hardware-agnostic. The backup of Windows Server is carried out without affecting or interrupting the service. You can backup Windows system state, files, disks, partitions, Hyper V virtual machines, Outlook emails, AD objects, Sharepoint and others.

Backup software from Bacula Systems features the full protection of information, not only at hardware and storage level, but in each of the different elements that make up the platform, such as the transmission channel of the data and the volumes that contain the data itself. Our backup software for Windows Server supports EFS security technology.

Backup and restore operations for Windows Server allow to copy and recover the data without losses or failures in the volumes that store the data itself. Our backup solution is very media- and storage-agnostic: disks, NAS, SAN, cloud and tape.

Access the platform from different systems and devices, including mobile, with the appropriate permissions and authorized roles according to the configured security levels. Similarly with the use of the cloud as storage repository for backup volumes and management tools – access to them can be done from anywhere within or outside of organizations.

Directory Server
The Directory Server tool is designed to perform backups of individual Active Directory or LDAP objects. This tool is a dream come true – it allows you to restore any object in the Directory, such as users, groups and authentication details. What’s more, you can relocate objects or decide to restore them with some constraints: always, never, and if the object is newer or older!

Microsoft SQL Server VSS tool
This Windows Server backup solution performs differential backup and allows restore at the database level. The VSS tool is designed to back up several Windows specific components, particularly backup MS SQL databases. Backing up MS SQL database(s) with Bacula Enterprise VSS tool is easy, and is able to restore either the master or the other databases instances. All databases, excluding the master, can be restored while MS SQL is running.

Microsoft VSS
The VSS backup tool is designed to backup Exchange, Windows System State and other elements of enterprise applications available on Windows OS. With this Windows Server backup solution you can handle the following components:

One of the main advantages of using the Windows VSS tool is that if your system state is damaged, you can restore the particular element that is broken or the full state while the OS is running.

This fabulous tool performs incremental backup and allows restore at the mailbox level. Convenient, fast and easy to use, it means administrators needing Exchange backup can sleep at night.

Easy and simple Windows Server backup solution installation
Not only the agents for the clients, but also the deployment process for those who manage the storage of the backups. Easy for all versions: Windows Server 2003, 2008 and 2016.

Fast and efficient execution of backup and restore operations
Backup Windows Server through the use of different technologies and strategies that optimize the use of the resources that make up the Windows platform, including storage, network bandwidth, CPU, memory and others.

Different storage media for backups
The use of local storage increases productivity and recovery times since it uses devices physically located in organizations and includes NAS, SAN, disks, etc. However, the remote storage usage for Windows Server backup software allows the implementation of high availability and disaster recovery solutions. Backup Windows Server to the cloud and access data from anywhere and at any time with the appropriate levels of protection and security.

Efficient backup policies
With Bacula you can define an automatic schedule for the execution of Windows Server backups and the different backup levels which allow you to save storage space and network bandwidth. Windows Server incremental backup is especially helpful in saving storage space.

Verification mechanisms of the successful execution of the different backup jobs
These Windows Server backup checks include mail notifications and messages from the administration consoles.

Data and information security
The usage of encryption through different algorithms and methodologies incl. Windows-specific EFS support guarantees the integrity and protection of backup volumes.

Bacula Enterprise gives you the opportunity to make huge efficiency savings while using our Windows Server backup software enhanced with our powerful technologies: 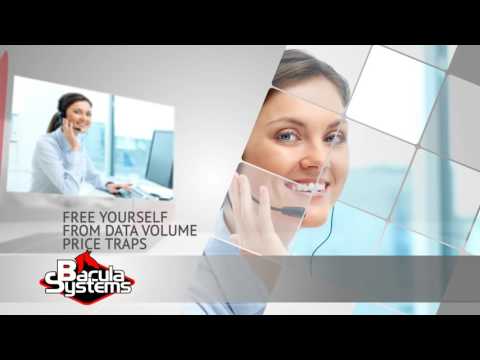 The Bare Metal Recovery tool for Windows Server backup software is available for Server 2003, 2008, 2008 R2, 2012, 2012 R2, 2016.  With its easy to use interface, it enables your teams to perform safe, reliable disaster recovery using Bacula Enterprise Edition. With Bare Metal Recovery you get your critical Windows tools up and running quickly and safely in no time. We are one of the very few providers that bring added capabilities via support of (U)EFI and secure boot natively in your backup tool.

A very useful Windows backup utility for Server 2003, 2008, 2012 and 2016 – more than just snapshots, this feature can also be used for many other benefits such as ensuring applications are in a correct state for application quescing, etc.

The Encrypting File System (EFS) on Microsoft Windows is a feature introduced in version 3.0 of NTFS that provides filesystem-level encryption. It enables files to be transparently encrypted to protect confidential data  from attackers with physical access to the computer. Bacula Enterprise Edition has full Windows EFS Support.

Bacula Enterprise users are able to backup Windows Server 2003, 2008, 2012 and 2016 to any public and private cloud incl. Amazon, Azure, Google, Oracle and other clouds.

Using the Delta tool is a must-have when dealing with large binary files such as Outlook PST or VM images. Designed to analyze file differences at the block level and generate binary patches, this tool saves significant amounts of space on files that have few modifications between two backups.

This tool automatically detects configurations such as reparse points and includes them in the VSS snapshot.

Manage and monitor statistics of your Windows Server backups with powerful and modern GUI for Bacula Enterprise Edition.

“Bacula Systems’ Progressive Virtual Full technology is really impressive. It saves us a lot of time and money.
Using it together with Bacula Systems’ Global Endpoint Deduplication, we save even more!”

You may also be interested in:
network backup solutions
SAP HANA backup
veritas competitors
We value your privacy
We use cookies to enhance your browsing experience, serve personalized ads or content, and analyze our traffic. If you continue to use this site, you consent to our use of cookies and privacy policy.
Windows Server backup software solutions for 2008, 2012 & 2012R2 Windows Server backup solutions from Bacula Systems. The Windows Server backup software features and tools inside Bacula Enterprise for 2008, 2012 & 2012R2. bs_admin https://www.baculasystems.com/author/bs_admin/ 2016-04-01 2016-04-01
Bacula Systems
Avenue des Sciences 11, CH-1400 Yverdon-les-Bains, Switzerland
+41 21 641 6080 https://www.baculasystems.com 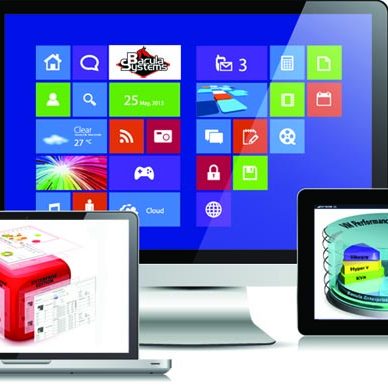