Alternatives and Competitors to Dell Backup

Dell EMC (formerly EMC Corporation) was founded in 1979, which makes it one of the oldest ones on the market. However, the renaming only happened in 2016, when EMC Corporation was purchased by Dell. It has been named Dell EMC since then.

As a product and service provider, Dell EMC is capable of providing a wide variety of products and solutions, from primary or unstructured data storage and networking appliances to infrastructure improvements and cloud services. However, since we’re taking a look exclusively at Dell EMC’s capabilities in the backup and recovery field, let’s take a closer look at the two main appliances created for exactly that purpose – PowerProtect Data Manager and Data Protection Suite. 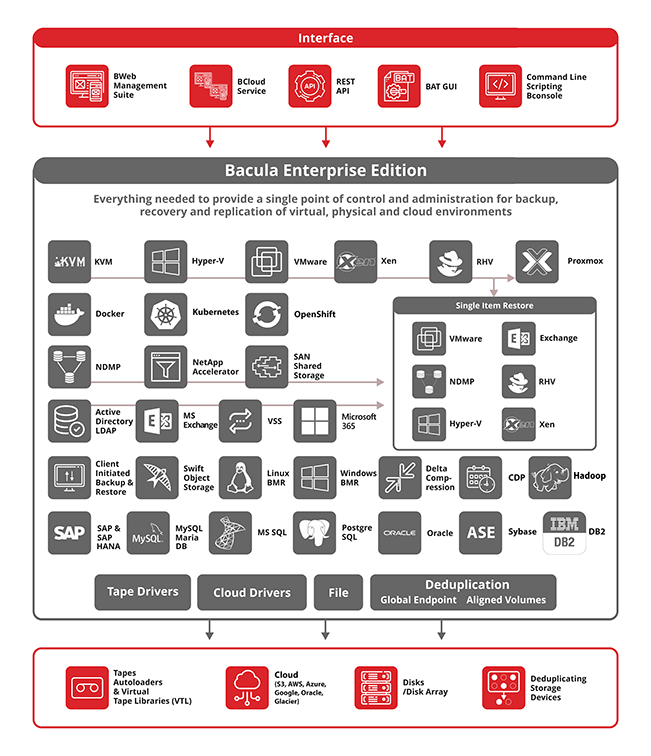 PowerProtect Data Manager represents Dell EMC’s offering when it comes to backup applications. The main application of this solution are:

PowerProtect Data Manager is capable of delivering data management and protection capabilities, backup and restore capabilities, while ensuring compliance with local regulations at the same time. This applies not only to physical data storages, but to the virtual and cloud ones, as well.

Since PowerProtect Data Manager is more about managing your data in general and less about backing it up, let’s move on to the second essential Dell EMC product – Data Protection Suite.

It’s reasonable to say that, unlike PowerProtect Data Manager, Data Protection Suite is far more backup-oriented. The main benefits of this suite are:

Of course, since it is a suite, there are a number of specific products that can be included in the packagel:

At first glance it might seem that both Avamar and NetWorker have a relatively similar purpose and use cases, but they do have their differences. For example, Avamar has generally better VMware integration capabilities, while NetWorker has generally higher data transport speed, etc. You can also use them together since, to a degree, they are capable of working in tandem.

Certainly, Dell EMC has quite a lot of different solutions, both within backup and recovery, as well as outside of it too. However, there are a lot of different Dell Backup alternatives on the market, and the nature of the modern constantly changing world makes it somewhat difficult to keep up with different customer demands. Here’s some of the most prominent features that allowed Dell Backup competitors to stay relevant and keep their audience:

Bacula Enterprise is one of the strongest contenders as a Dell Backup alternative. Both solutions have some common qualities, like their disaster recovery capabilities, or the vast range of features available. There are some key differences between them. For example, one of Bacula’s strong points is its broad integration capabilities, which are somewhat more limited when it comes to Dell EMC. For example, Bacula is able to natively integrate with far more hypervisor-types, and is also able to cover containers and Kubernetes Clusters. There’s also the fact of Bacula offering some unique features, like single file recovery across apps and data, or bare metal recovery for physical servers, and so on. It may be, for organizations with especially complicated environments, Bacula’s ability to integrate natively with an especially broad range of databases becomes a key reason to choose Bacula. For example, Bacula’s unique way of integrating with MySQL and Percona means that it is able to backup very large, high transaction databases and recover data far more quickly.

Rob Morrison is the marketing director at Bacula Systems. He started his IT marketing career with Silicon Graphics in Switzerland, performing strongly in various marketing management roles for almost 10 years. In the next 10 years Rob also held various marketing management positions in JBoss, Red Hat and Pentaho ensuring market share growth for these well-known companies. He is a graduate of Plymouth University and holds an Honours Digital Media and Communications degree, and completed an Overseas Studies Program.
You may also be interested in:
proxmox backup
rhev backup
mysql database backup
We value your privacy
We use cookies to enhance your browsing experience, serve personalized ads or content, and analyze our traffic. If you continue to use this site, you consent to our use of cookies and privacy policy.
Dell Backup Alternatives and Competitors in 2020 Dell EMC is a solution and product provider that offers a lot of different units, from backup and recovery appliances to cloud storages and IT management tools. Learn more about Dell EMC’s backup and recovery capabilities, as well as what its competitors are capable of, in this article. Rob Morrison Rob Morrison Bacula Systems Plymouth University Honours, Digital Media and Communications Director of marketing https://www.baculasystems.com/author/rob_morrison/ 2020-03-10 2020-03-10
Bacula Systems
Avenue des Sciences 11, CH-1400 Yverdon-les-Bains, Switzerland
+41 21 641 6080 https://www.baculasystems.com